Infusionsoft has officially rolled out its Spring Update for 2014. It has some new features which I’ll go through below. 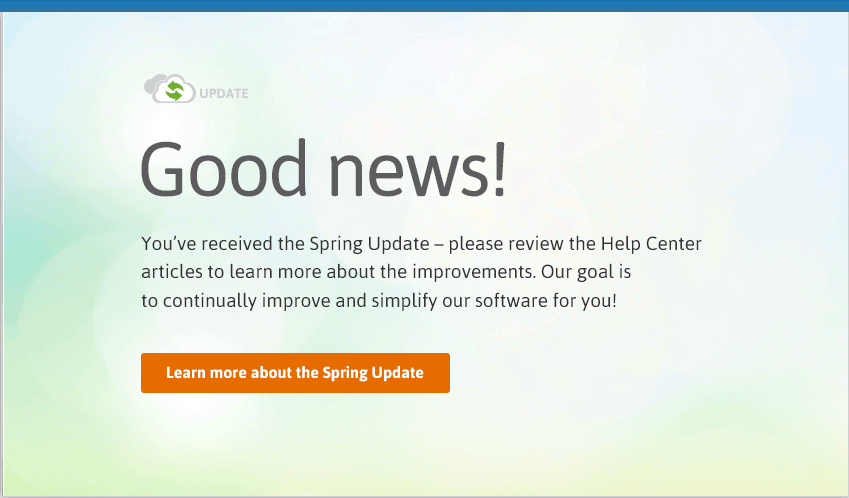 Unfortunately, the roll out has been a bit bungled so far.

The reports coming through at the moment have been:

For me, although I have been able to log in to the Infusionsoft application, the Dashboard itself is not loading properly and I can’t access any Infusionsoft links which renders the application completely unusable for the time being.

I’m sure that Infusionsoft will manage to fix these issues in due course (they said they’re “working tirelessly to resolve the issue”) but I would’ve preferred to opt out of any updates until the new release is proven to be stable, and even then I would’ve waited some time before applying the updates. As you’ll see, there aren’t any groundbreaking features that would be worth the hassle the update has caused.

You can now use Google Chrome with Infusionsoft. Previously, you could only use Mozilla Firefox to access the Campaign Builder in Infusionsoft and for a lot of people, Infusionsoft is the only reason that they bother to open a Firefox browser.

I met a lot of people at #ICON14 that don’t use any merchant accounts with Infusionsoft so I think that this update will make life easier for many Infusionsoft customers. Some primarily use PayPal while others are using disconnected payment apps and forms as their bandage payment solutions (exactly the problem which Infusionsoft was meant to solve) to process payments as PayPal integration has always been quite poor and I suppose people didn’t want to get merchant accounts for whatever reason.

Now you can use PayPal for recurring subscription payments and allow better checkout experience. You can read more on the Infusionsoft PayPal Integration.

Infusionsoft has also updated the affiliate tracking link so that it goes off of isrefer.com rather than Infusionsoft.com

If you already have affiliates promoting your product on Infusionsoft, this will not affect you as old affiliate links should still be working as usual.

You can read about the rest on Infusionsoft’s website.